cicero's is an italian restuarant on the u-city loop, that is most well known for its beer list. they have 53 beers on tap that are constantly changing, as well as around 150 or so in bottles. ciceros is also a venue for live music, but i have yet to make it to a show there. 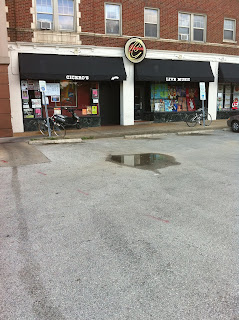 we parked behind the restuarant, and entered through the back door. making our way through the bar to the hostess stand, i noticed the seemingly neverending row of beer taps. being that it was around 4:30 on a thursday, the place was pretty empty. we were given the option of eating inside or outside. it was a nice day, but we still opted to dine indoors. we were led to a table in the window overlooking delmar blvd. this would make for some good people watching as we ate. 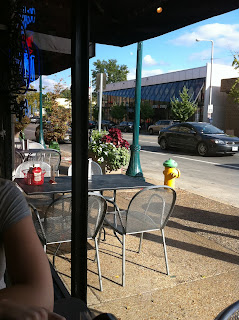 the interior of the restuarant is fairly bland, but this it not the kind of place you come to for the decor or the atmosphere. i have been here later in the evening before a show at the pageant, and it gets pretty busy. 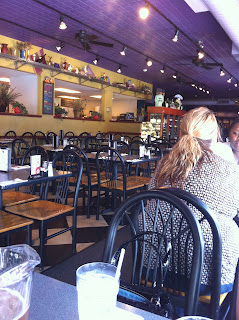 our waitress delivered our menus along with some water, and i perused the beer menu. at ciceros, a pitcher of beer is cheaper than buying 3 beers separately, so it is hard to not go that route. i decided on the la chouffe, an unfiltered belgian blonde beer. it had a nice fruity flavor to it with a light hop taste. very nice! 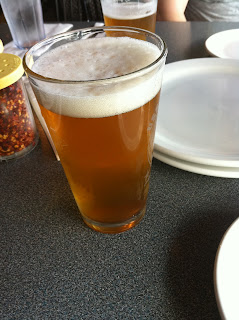 being that it was approaching five o'clock, and neither of us had eaten a proper meal for the day, we were starving. we went for 2 pounds of hot wings to start. 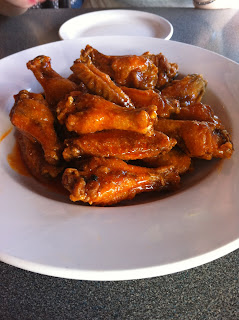 they were everything i could ask for in a hot wing. slightly crispy on the outside, with a sauce with plenty of heat, but also flavor. we ate the entire plate with ease. 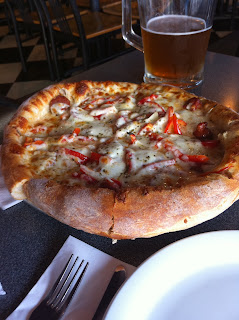 for our pizza, we chose the rajin cajun, which features andouille sausage, onions, red peppers, and a cajun alfredo sauce instead of tomato sauce. we went for the thick crust as opposed to the thin crust they also offer. the pizza was great. the cajun alfredo sauce gave the pizza a nice kick, and worked well with the sausage and vegetables. the crust had a good bite to it, and was a formidable base for the pie. we ate most of the pizza, but did have two slices left over to take home. overall, ciceros is a great place for a casual meal. the pizza and wings are slightly above average, but the beer list is what really sets ciceros apart from any other pizza place in st louis.